Abortion, Part 4: Why Abortion Is A Deal Breaker 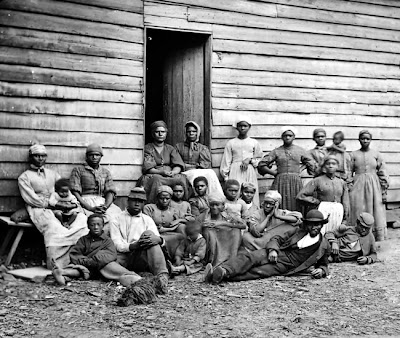 The original question that got this series kicked off (well over a month ago—I really am sorry it has taken me so long) was, “What makes abortion a deal breaker as opposed to the other moral issues?”

I’m really just now getting around to answering that question, but in order to really do it justice, I thought it was necessary to first lay some groundwork about what I believe abortion really is, and about how I vote.

To succinctly sum up what we’ve discussed so far, I firmly believe that life begins at conception, and that abortion is, therefore, nothing less than the taking of an innocent human life. I realize that some people disagree with me on this, but in order to reach the conclusion that an unborn infant isn’t a human being, I think you have to reject Scripture, science and logic.

Having established (at least, in my mind) exactly what abortion is, the next question is how that should affect our voting behavior. Abortion is a moral issue, and when it comes to voting I think moral issues are the most important, but as we discussed in the last post, there are a bunch of moral issues.

Neither major party lines up perfectly with my views on the many different moral issues, which should leave me gridlocked, unable to decide how I should vote—unless one issue overrides all the others. And that brings us to this post.

So why does abortion trump other issues?

The Severity of Abortion

To start off, I’m going to ask you to attempt to do something which is actually quite difficult.

I said in an earlier post that abortion is an important issue because it is either the equivalent of brushing off skin cells, or it is the equivalent of shooting your next door neighbor. Since I believe that human life begins at conception, I think it is the latter.

And yet, here’s the scary part: while I can intellectually equate abortion with killing a next door neighbor, emotionally, even to me, it doesn’t seem as bad. Why is that?

It’s because of the culture we live in. Our values, our opinions, the way we look at things are all tremendously influenced by the culture that surrounds us. For a moment (and this is the difficult part), I want you to try to step outside of that culture.

Step outside of the word fetus. It’s a word which really just means baby. An unborn, human baby, with a beating heart, and a world of potential. It’s a word that our culture likes because it sounds so scientific, and because it helps us avoid the annoying problem of granting personal rights to the object in question.

Step outside of the word abortion. It’s a word which really just means murder.[1] It is the act of intentionally ending a human life. It’s another word that we like because it sounds so clean and clinical—it becomes just a medical procedure from which any question of morality is removed.

These words are euphemisms. Toss them aside.

Now think about the procedure. The methods differ significantly,[2] but really, the same thing happens each time—a mother goes to see a doctor for the purpose of ending the life of the child she is carrying inside her.

Two lives enter the doctor’s office, but only one leaves. A baby has been killed.

That’s what abortion is. No other issue exceeds the severity of abortion. It’s a matter of life and death.

The Magnitude of Abortion

You may argue that there are other “matters of life and death,” and you’d be right—but all of them pale in comparison to the damage to human life caused by abortion. I’ll apologize in advance for all the statistics, but sometimes numbers really do tell the tale.

First of all, consider that there are 17,000 murders each year in the United States.[3] That may seem like a large figure, until you compare it to the number of U.S. abortions each year—approximately 1,200,000.[4]

That’s the equivalent of the Holocaust every five years—and we’re legally doing it to our own children.

Since Roe v. Wade in 1973, over 48,000,000 infants have lost their lives via abortion in the United States. That’s roughly equal to the combined total populations of the states of California and Illinois, or the population of Texas two times over.

Those are staggering numbers. However, I don’t think you can fully grasp the magnitude of abortion (I know I didn’t) until you compare it with the other leading causes of child deaths worldwide (these are yearly totals):

It isn’t even close—abortion kills far more children each year than all the other main causes combined.

There may be other issues that are literally a matter of life and death, but none of them even approaches the scale that abortion is on. No other issue matches the magnitude of abortion. It is the great evil of our time.

My basic premise—the notion that one particular issue can be more important than all others—is derided by a lot of people as being inherently flawed. However, when you look through the lens of history at the issue of slavery, I think it’s clear that the premise is perfectly sound—sometimes an evil can be so widespread and prevalent that it dims other issues by comparison.

It took a Civil War, but eventually, we got the slavery issue right, and looking back with our 21st century eyes, it’s hard for us to imagine that people could have ever justified it in the first place.

Yet interestingly, the issues of slavery and abortion bear striking similarities:

One last similarity between the two issues that I’ll mention is that the road to abolition was a long and tough one, with many setbacks. Sometimes I grow very discouraged about the state of abortion in America. I think that laws and opinions will never be changed, and that most politicians (even Pro-Life politicians) don’t really care about changing them. But on my better, more optimistic days, I believe that some day, long after abortion has been outlawed, we’ll look back as a culture and shake our heads in shame at what we once allowed (as we now look back at slavery).

This is the reality of our world: currently, U.S. law allows mothers to legally kill their own children via abortion. It happens 1.2 million times each year, or once every 26 seconds. Worldwide, abortions kill more children each year than all the other leading causes combined.

The original question was, “Why is abortion a deal breaker?” In all humility and sincerity, my response is, “How could it not be?”

[1] In a few instances, I guess you could argue that abortion isn’t exactly murder. For example, if the life of the mother was endangered, then maybe it would be self-defense. Or in the case of a woman who had been raped, maybe her emotional state would lessen the charges. But these are exceptions which just help to prove the general rule that abortion is murder.

[2] Sometimes drugs are taken which kill the infant, other times the tiny growing child is sucked out of the mother via syringe, sometimes harmful chemicals are injected into the amniotic fluid, and sometimes the baby’s head is crushed and then manually removed. See more at http://en.wikipedia.org/wiki/Abortion#Abortion_methods

Thanks to Jonathan Reinhardt for help with many of the statistics and their sources.

Maddux Calls It A Career

RT if you are pro-life & against children in camps & against racism & unkindness.
---
They say this is a unicorn. (And express surprise/appreciation).
But there are many of us. Millions. Though it's not what you hear on the news. Or from certain "prominent evangelical leaders." https://twitter.com/cenkuygur/status/1229922298099978242

This is the only person I have ever seen be consistent on this. This is the two sides of the same car in Santa Clarita. 2

I hear that Elizabeth Warren quoted Matthew 25 tonight as her personal motto: “Inasmuch as ye have done to one of these, the least of my brethren, ye have done it unto me.”

Based on that, I can only assume she will be reversing her position on abortion first thing tomorrow.

Same person, different locations.
No less valuable in the first.