The Best Day In Baseball History 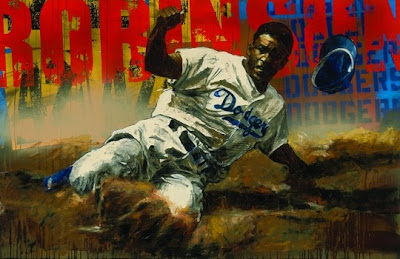 This is an updated version of a post from last year.

Sixty-three years ago today, on April 15, 1947, Jackie Robinson integrated Major League Baseball.Robinson’s 10-year career had an unquestioned and inestimable impact on the Civil Rights movement in the United States. In the words of Princeton professor and civil rights activist Cornel West:

“More even than either Abraham Lincoln and the Civil War, or Martin Luther King, Jr. and the Civil Rights movement, Jackie Robinson graphically symbolized and personified the challenge to the vicious legacy and ideology of White supremacy in American history.”

The skill and grace with which he played and the way he handled himself on and off the field forced many Americans to face difficult questions about race for the first time, and ultimately resulted in the changing of the hearts and minds of millions.

Jackie Robinson made baseball, in fact, what it had always claimed to be—the national pastime.