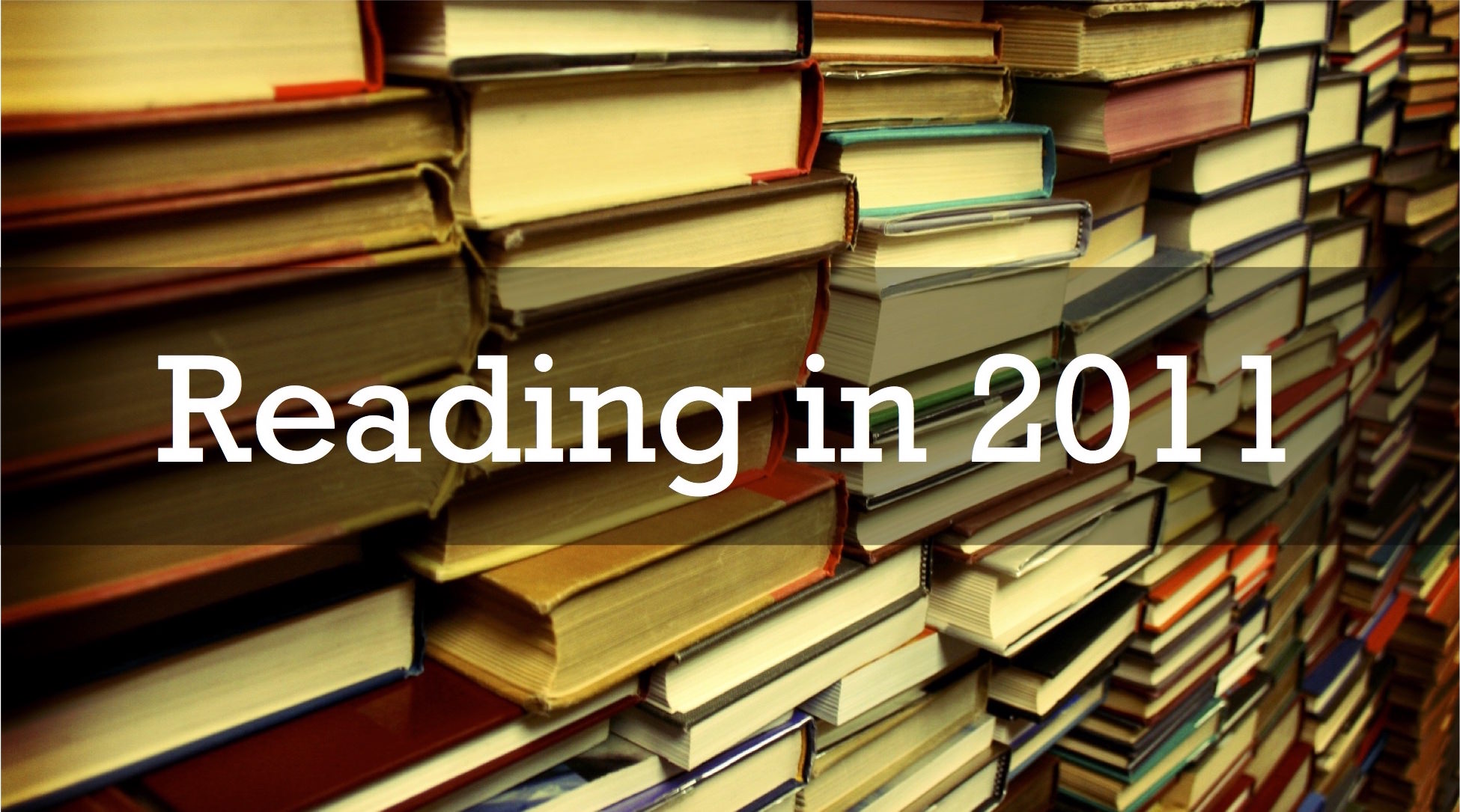 Something I started doing a few years ago and have greatly enjoyed is keeping track of the books I read each year.

Once again, I did a poor job of writing reviews of the books I read this past year, and that’s something I hope to improve upon in 2012. Regardless of my lack of reviews, there were a few books I read that I thought were great. The Art of Biblical History and A Biblical History of Israel were both excellent, and I would readily recommend them to anyone with an interest in biblical history. Other favorites for the year included 1776 (fascinating reading on the early days of the American Revolution), Night (gut-wrenching, personal account of the Holocaust), and The Soul of Baseball, which was possibly the best baseball book I have ever read (which is saying a lot). In the category of fiction, Gorky Park and The Spy Who Came in from the Cold were both very enjoyable.

On the flip side, The Death Collector was undoubtedly the worst book I read this year (the dangers of choosing young adult audio books for my drives to and from Memphis). The only other real disappointment for the year was The Alchemist, which I had high hopes for but ended up being weird and uninspiring.

Sadly, my overall book total decreased (down to 39 from 41 in 2010). Part of this was caused by an unproductive January, and also by the fact that I took one less reading-intensive graduate course this year. Hopefully I’ll reverse the trend and be back up over 40 books in 2012.

As always, I have some books set aside to read in 2012, but I always like recommendations for good stuff. Any ideas?