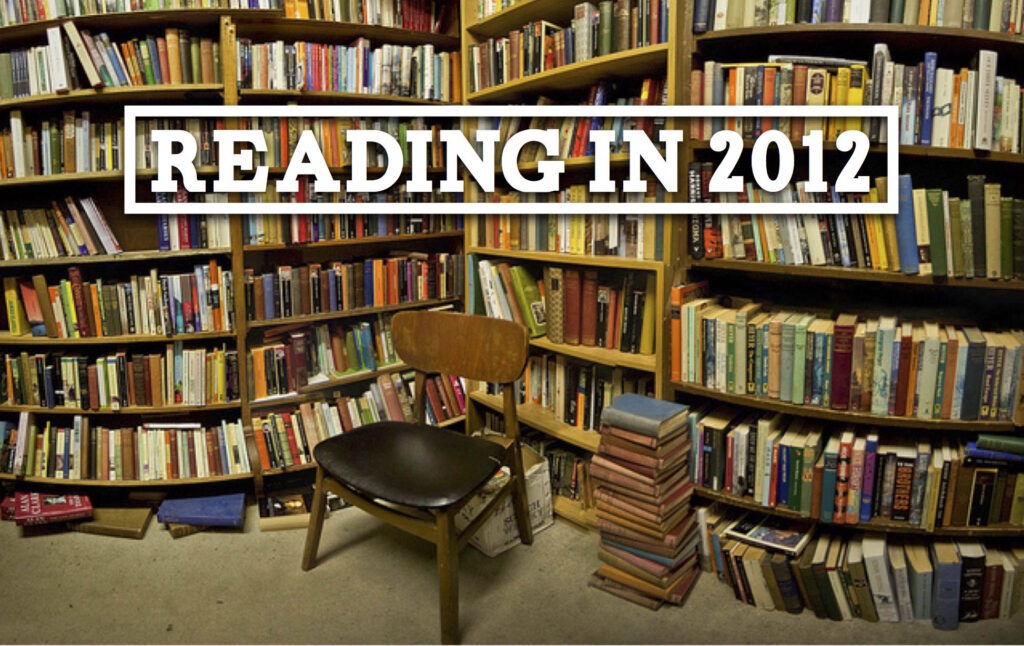 I like statistics, I like making lists, and I like competing with myself, so a few years ago I started keeping track of the books I read each year.
Here is my reading list for 2012:

I stated at the beginning of last year that I intended to write more book reviews in 2012, but I didn’t do very well in that regard. I would like to do better in 2013, but I also realize that for whatever reason, I hate writing book reviews so I’m not sure that I will. Still, even if I don’t write formal reviews, I will try to share helpful quotations and ideas from books that I enjoy.

I read some really good books in 2012. The Devil in the White City and Mystic River were both great (though disturbing), and I also enjoyed Biggest Brother and Killer Angels. Moving over to biblical and theological books, For Freedom was an excellent biography on J.N. Armstrong, the first president of Harding University, and a helpful window into Restoration Movement studies as well. How We Got The Bible was a useful primer on the history of the Bible, The Church of Christ in the 21st Century is an excellent book for Bible class study, and The Status of Missions in Churches of Christ was a very helpful survey book which every Church of Christ elder and minister should read. Undoubtedly though, the gem of the year was Sticky Faith: Everyday Ideas to Build Lasting Faith in your Kids. This is a wonderful book which I believe should be read by every minister and Christian parent in the world. Seriously (it’s so good I just linked to it!).

Disappointing books that I read in 2012 include In His Steps (why is this book famous?), Is The Bible Really Completely True? (a very poor and barely coherent defense of inerrancy), In The Garden of Beasts (which was pretty good, but just disappointing after reading The Devil in the White City), and Christianity in Culture (which was truly unreadable). I also forayed into the graphic novel medium in 2012, but was rather disappointed by some of its highly-rated volumes: Watchmen, V for Vendetta, and Batman: The Dark Knight Returns (none of them were awful; neither were they very good).

My overall book total increased from 39 in 2011 to 45 in 2012. Realistically, I think this is about my limit. Maybe I could push it to 50, but with the delicate time balance that I currently maintain, I’m fairly pleased with this amount.

I’ve already started reading in 2013 and have a long list of books to read (I got 15-20 books for Christmas!), but I’m also interested in the recommendations of others. What were your favorite books from 2012?

*Full disclosure: I didn’t read this entire book. I read the first 1/3-1/2, and then skimmed the rest because of time constraints (it was an assignment for a class). As I mentioned above, I thought it was almost unreadable—some good ideas, but in need of significant editing.

**This was part of Biblica’s new Bible translation which puts the NIV in chronological order and removes chapter and verse numbers to make the text more readable. “The Story” was a compilation of Luke and Acts which we used for our youth group Bible class this past quarter. Since it was self-contained and over 100 pages on its own, I listed it on my reading list separate from my regular Bible reading for the year.