Reading and Walking in 2014

Back in April 2013, I began walking laps around the auditorium in the church building while doing reading for grad school, or in sermon or lesson preparation. I also tend to walk laps when studying Greek or Hebrew vocabulary words, and also while talking on the phone. People like to joke with me about this, but I enjoy doing it because I know the exercise is good for me and also because it helps me read better—if I read in my chair or while lying on the couch in my office I start to nod off.

Each lap around the auditorium is approximately 74 yards. In 2013 I walked a total of 5,608 laps, which amounts to a total distance of 235.8 miles. As I mentioned in my report at the start of 2014, that is basically the equivalent of traveling from Fayetteville, Arkansas to Kansas City, Missouri on foot.

I was excited to see how many laps I could amass in a full year in 2014 (remember, I just started the practice in April 2013 so I missed about 1/4 of the year), and without further ado, here are my results:

So, if in 2013 I walked from Fayetteville, Arkansas to Kansas City, Missouri, in 2014, I headed toward Chicago, Illinois and almost got there, stopping just short of Joliet (you should be able to click through on the map pictured above for a better look). 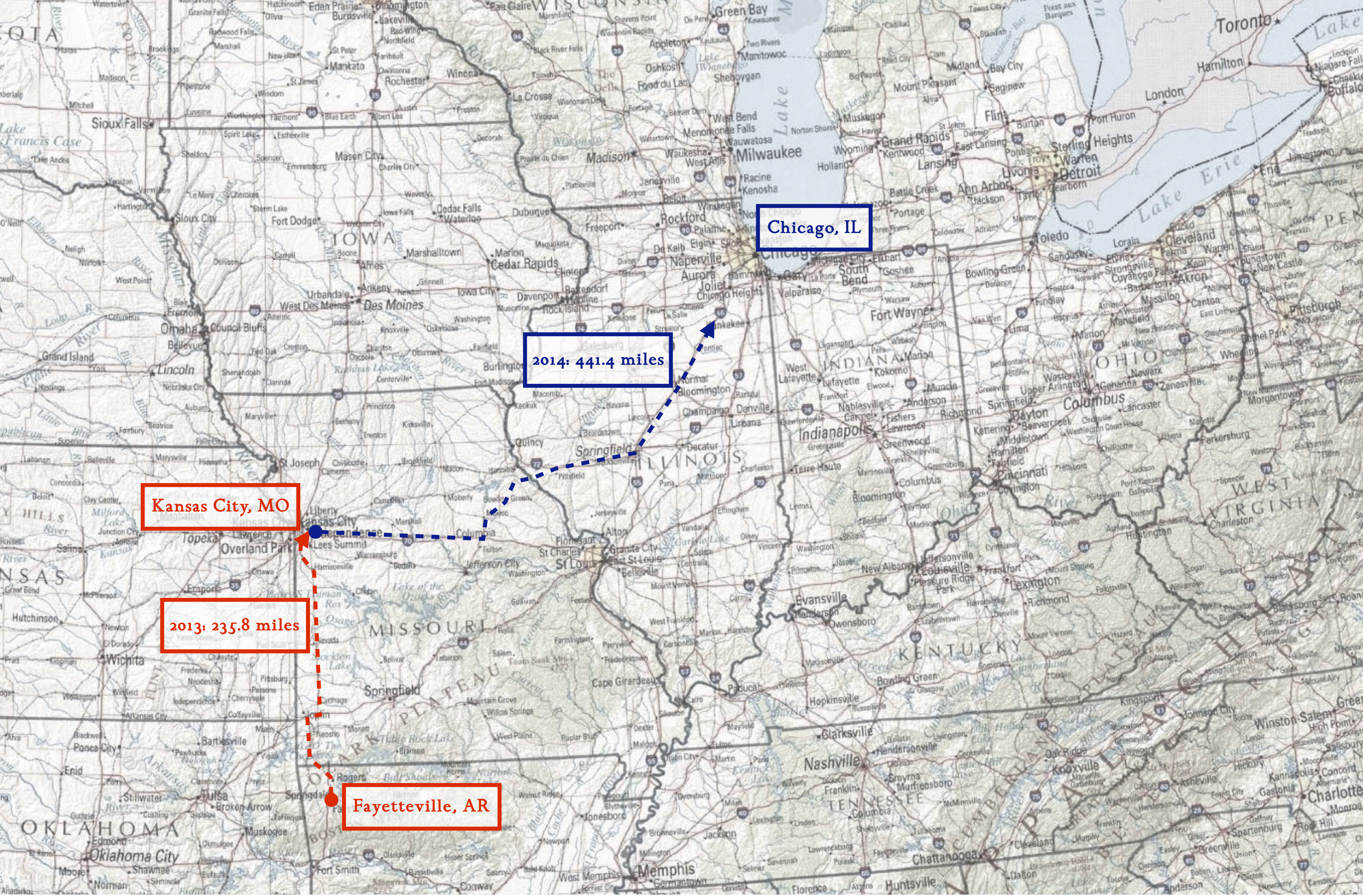