Reading and Walking in 2016

In April 2013, I started walking laps around the church auditorium while studying or reading. I found this helped me to focus better (read: stay awake), and also it was a good way to be a little less sedentary while at work.

My goal for the year was to eclipse the 10,000 lap mark again, but I didn’t even come close to this:

So, in 2016, I left Cleveland, Ohio, walked through Pittsburgh, Pennsylvania, and made it just past Hagerstown, Maryland (that might sound like a random location, but I am heading to Washington D.C.). 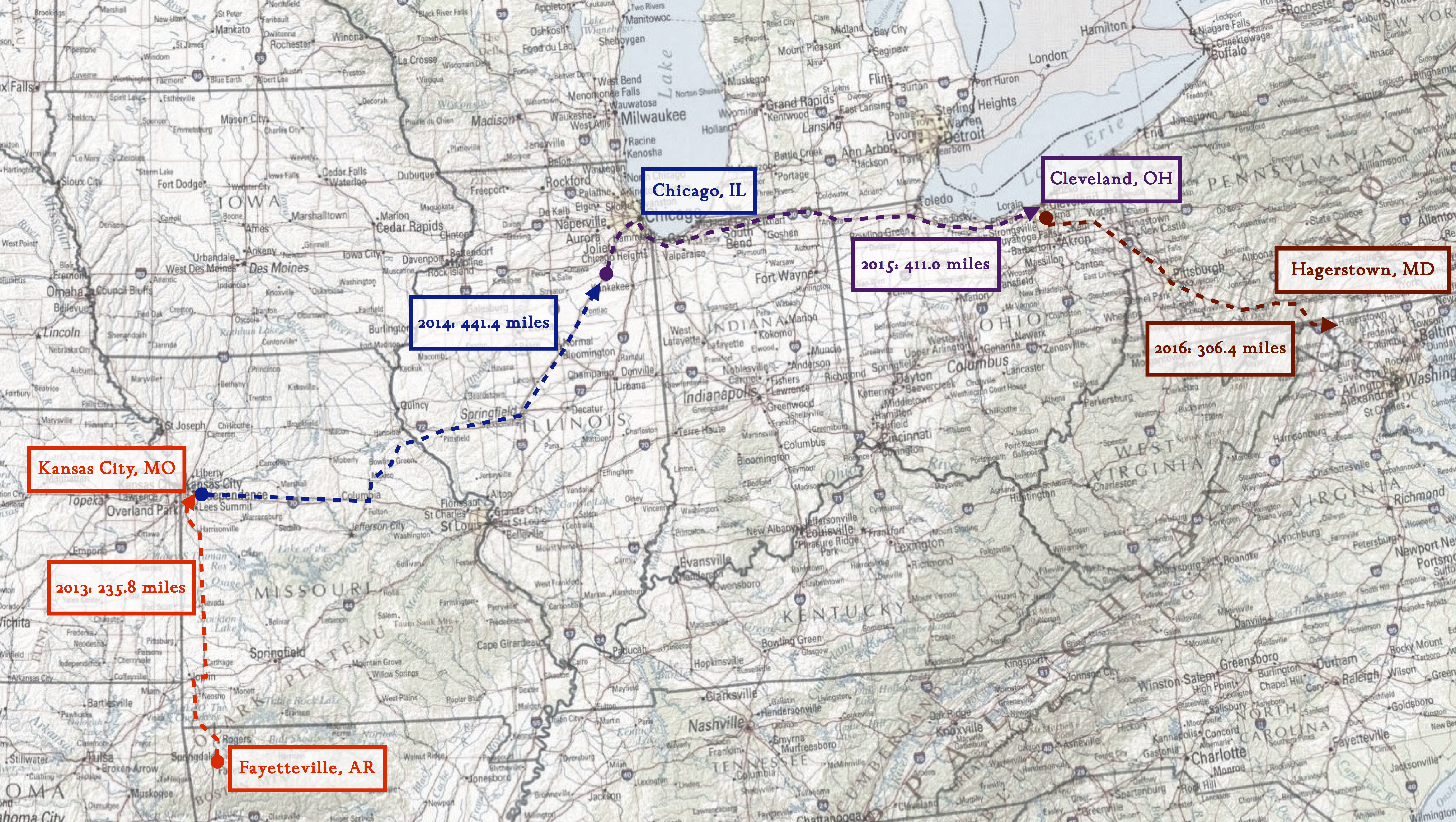 I was disappointed in the drop-off in my mileage this past year, but I still walked over 300 miles while at work, which is certainly a healthy practice. My disappointment is also mitigated by the knowledge that I suffered a significant leg injury in June, and this cut into my totals during the summer. In 2017, I again hope to accumulate 10,000+ laps: I have fewer grad school classes this year, which could lead to less reading time, but I also have a bunch of theology/ministry books that I have been wanting to read for some time and haven’t been able to. So it will be interesting to see how I do.