Reading and Walking in 2018

Each lap around the auditorium is approximately 74 yards:

I did not think I would be able to repeat my gaudy totals from 2017, but I was hoping to walk 500 miles again in 2018. Without further ado, here are my totals for the year:

In 2018, I went from Hampton, New Hampshire to Bangor, Maine, then across Vermont to Burlington, and finally out to Lake Placid, New York. 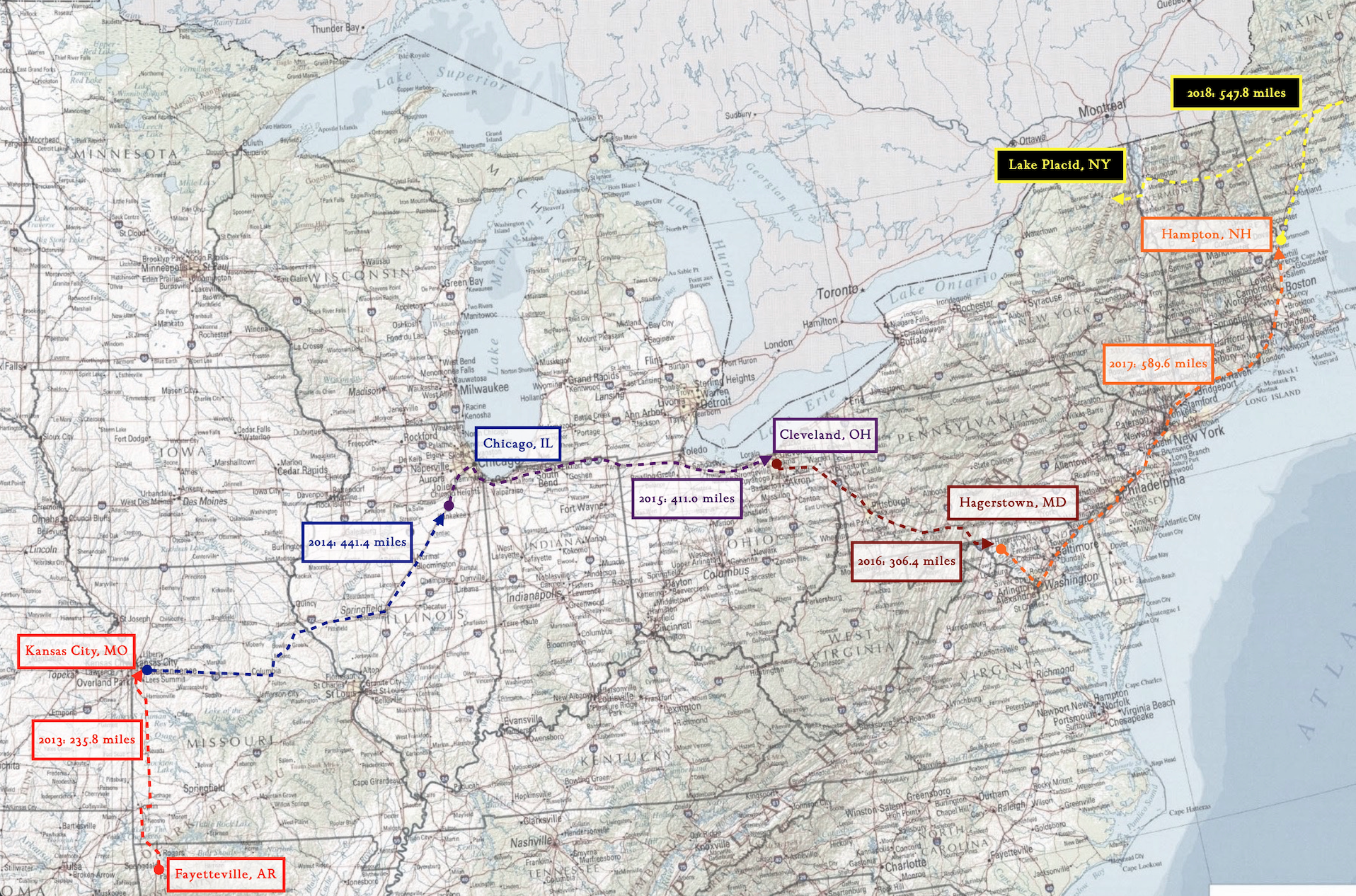 I was correct in thinking that my 2017 total would be hard to repeat, but I was pleased that I was able to accumulate over 500 miles again. Hoping for another 500 in 2019!