One of my personal goals for 2008 was to spend more time reading. I was successful in this goal, thanks in large part to the fact that I started going to bed earlier, and read before going to sleep (rather than my previous habit of staying up late watching television). Without further ado, I present my reading list for 2008:

I’m a little embarrassed by some of my guilty pleasures (Star Wars and Hardy Boys books), proud of some books which I re-read and was better able to appreciate (Tom Sawyer, Huckleberry Finn, and The Man Who Was Thursday in particular) and was able to find a few books that I really, really liked (Thursday, Life of Pi, The Teammates).

I read 29 books in all, which comes out to a little more than a book every two weeks. That isn’t too bad, but I’m hoping to do better in 2009, and already have a stack of books picked out to read (and am always open to suggestions for more).

I’ll have to get on the ball though. Between being sick for the first week of the year (I typically don’t read at all when I’m sick) and moving to a new house for the past week (and misplacing the book I was in the process of reading), I’m not off to a good start at all. 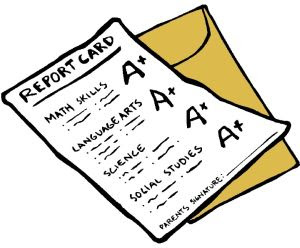 Just over a year ago, at the start of 2008, I did something and made a list of New Year’s resolutions for The Doc File. With 2008 being completed, I guess now is a good time to go back and give the list a glance-over to see how well I did:

1. Blog on a more regular basis. Specifically, I mentioned that I’d like to blog three times a week. That would come out to roughly 150 posts in a year, and last year, I posted 100 times exactly.

2. Blog with more balance. With this resolution, I was decrying the tendency I have to get into ruts when I blog and I even suggested dedicating certain days to certain types of posts.

Verdict: Failure, but I’ve also decided it was a stupid resolution. I’ll try to balance out topics as much as possible, but I’m not going to not post something just because it’s on a similar topic to a recent post.

3. When you start a “series,” finish it. Looking back, it seems like I did continue to struggle with some series, but I did finally bring the abortion series to a conclusion, and I was pleased with that.

4. Do a better job responding to comments. I think I responded to virtually all of my commenters in 2008, and I think I generally did so in a timely fashion (sometimes comments were sent to my Bulk mail folder, and I didn’t become aware of them at first).

Summary:
Out of four resolutions, it looks like I successfully followed through with about 2 1/2, which comes out to roughly 63%. That’s not so good on a report card, or as a slogan either (“63% Successful Since 2008!”), but I guess I’ll take it.

…And In With The New 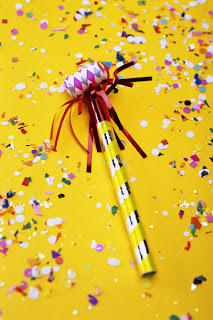 A new year is here, which, among other things means that there have been a lot of people out walking and running, trying to get in shape as part of their New Year’s Resolutions.

I think New Year’s Resolutions tend to get a bad rap, often because people don’t take them seriously and fail to live up to them past January or so. But make no mistake—there’s nothing wrong with trying to improve yourself, and I think it’s admirable to do so.

Although I haven’t written a formal list, I do have some areas that I want to improve on this year. Some I don’t have complete control over (I’d really like to avoid any hospital stays or car accidents this year), while others are pretty much up to me (I want to exercise more and get in shape, and also spend more time reading, both Scripture and just in general).

However, my resolutions aren’t limited to me personally; there are some for The Doc File as well:

1. Blog on a more regular basis.

Clearly, I’m off to a poor start on this one.

When I first started this blog, I only posted when I had something to say that I thought was deep or really worthwhile. The problem with this was that it meant that I only posted a couple of times each month. Since then, I’ve improved the frequency of my blogging (by writing a lot of things that, whatever they may be, are certainly not deep and probably not all that worthwhile either), but I’ve still been wildly inconsistent about this.

I really don’t think I’m a blog everyday type of guy (at least not yet), but my goal for 2008 will be to write three days a week. We’ll see how it goes.

I write about a lot of different stuff. That’s okay, because a lot of different subjects interest me, and my half-dozen semi-regular readers have wildly varied interests. That being said, I tend to get in ruts when I blog—I’ll have three or four posts about sports, then some posts about theology or religion, then several completely random posts that have nothing to do with anything. Instead, I’d like to be a little more structured. Maybe I’ll post about certain things on certain days. I don’t know yet.

This one is pretty self-explanatory. I have a couple of “series” that aren’t really “series” at all because they are comprised of a single, solitary post. This is annoying.

4. Do a better job responding to comments.

It’s not like I’m getting dozens of comments for each post, so there’s really no reason for it to take me a week to respond to a comment sometimes.

There are probably more goals that I could/should make, but I’ve already published four in black and white, and really, that’s intimidating enough. I’ll just start with these.