In Mark 15, in the narrative of the crucifixion of Christ, there is the following description of the Roman soldiers mocking Jesus:

And the soldiers led him away inside the palace (that is, the governor’s headquarters), and they called together the whole battalion. And they clothed him in a purple cloak, and twisting together a crown of thorns, they put it on him. And they began to salute him, “Hail, King of the Jews!” And they were striking his head with a reed and spitting on him and kneeling down in homage to him. And when they had mocked him, they stripped him of the purple cloak and put his own clothes on him. And they led him out to crucify him.

When I read these words and let my imagination drift back to that scene, one clear emotion springs to the surface of my thoughts: anger! I am outraged at the way my Savior is openly mocked by sinners for whom He is about to die! How dare these lowly soldiers make fun of God’s Son and spit in the face of the Creator of the universe? If they had any idea Who this was they were dealing with, surely they would not treat Him with such contempt!

But then, I begin to wonder…

The favorite title for Jesus in the early church was Lord (2 Corinthians 4.5). This was a title of ownership. The master of a slave or the owner of a vineyard was called Lord. It was also a title of authority. Army commanders and judges were called Lord. It was the official title of the Roman Emperor. All laws, edicts, and decrees were signed Lord Caesar.

That is what it means to call Jesus Lord.

Returning to the story from Mark 15, I am outraged when I read of these soldiers openly mocking Jesus. But then I wonder: do we mock Jesus any less than the Roman soldiers did when we call Him Lord but then comfortably ignore any demands He makes of our lives?

Do we mock Jesus any less than the Roman soldiers did when we call Him “Lord” but then comfortably ignore any demands He makes of our lives? Christianity is, fundamentally, about an empty tomb. Following His crucifixion, Jesus was raised from the dead, and as I have written before, this changes everything. This is the central feature of the Christian faith, and the veracity of any of Christianity’s claims depend upon this, first. Paul says in 1 Corinthians 15 that if Jesus wasn’t raised from the dead, then our faith is worthless.

Having said all of that, I think we are sometimes so quick to emphasize the empty tomb that we fail to truly appreciate that there was a time—even if it was a relatively brief time—when the tomb wasn’t empty. It was occupied. It contained the beaten, battered body of Jesus, and the shattered hopes and dreams of His followers.

We are sometimes so quick to emphasize the empty tomb that we fail to truly appreciate that there was a time when the tomb wasn’t empty. It was occupied. It contained the beaten, battered body of Jesus, and the shattered hopes and dreams of His followers.

We like to rush from the crucifixion to the resurrection, and I guess that makes sense, because the in-between time wasn’t easy. For those who had left all they had to follow Jesus, a Jesus in the tomb meant that they had backed the wrong horse; they had gambled everything and lost. The One who they thought was the long-awaited Messiah was just another in a long line of failures.

We live in an in-between time, too, and it isn’t easy, either.

The resurrection of Jesus is the first-fruits of our own, and points ahead to a time when sin, Satan, and death will be defeated, and every tear will be wiped from our eyes. But in the present, many of us mourn beside tombs that are as full as the tomb of Jesus was prior to His vacating it. Many of us stumble through our days, staggering under the weight of shattered hopes and dreams.

Just as Sunday came for the disciples of Jesus, and Jesus Himself was vindicated as the risen Savior when it did, so, we, too, await the coming of a Someday when our faith will become sight, and all of God’s faithful will rise as Jesus did.

But until then, it is worth reflecting on the fact that there are many full tombs, that evil maintains a foothold in our world, and that we weep with those who weep.

Resurrection is coming, but you have to wade through the in-between time first.

Resurrection is coming, but you have to wade through the in-between time first.

When God Shows Up: The Delightful Surprise of Job For a little bit of context to those who are not intimately familiar with the structure of Job, it goes something like this:

I have argued that the primary purpose that Elihu serves is that he seeks to take Job’s focus off of his own troubles and turn his thinking to God instead. He concludes his speeches in Job 37 with repeated reference to the majesty of God, as illustrated by the power seen in thunder, storms, lightning, and other aspects of God’s creation. Elihu concludes his thoughts on God’s majesty and indeed, his speeches, by basically telling Job (cf. Job 37.23): “God is beyond us. We cannot understand Him and He owes us no explanation…don’t expect Him to show up!” From a literary perspective, this is part of the masterpiece of Job and the deep irony of Elihu: simultaneously, his talk of God’s majesty prepare us for a God who appears out of a whirlwind while his concluding statement tells us not to expect any appearance at all!

When He does, he doesn’t give Job what he wants—He doesn’t give an explanation for why Job has suffered and why so many terrible things have happened to him. In this way, God’s response confirms what Elihu was saying: God is beyond Job, and doesn’t owe him an explanation for everything. But even better than God’s explanation is His presence! He appears before Job, and that response of presence is better than any explanation. It is enough for Job to continue on in faith, despite what he has experienced.

Even better than God’s explanation is His presence. @thedocfile

Reading Scripture from a Christological perspective, I think this appearance of God foreshadows His ultimate appearance in the incarnation: Jesus comes and lives as a man, dies a cruel death, and is then raised from the dead. Ultimately, Jesus does all of this not to answer all of our questions, but to show that He is truly with us.

Better than God’s explanation is His presence:

And rather than explanation, it is God’s presence, seen through Jesus Christ, that gives us comfort even when life deals us inexplicable hardship and suffering!

*Many scholars would break this down further and some would remove Job 28 as a separate poem to wisdom. That level of specificity is beyond my purposes here.

The Shameful and Powerless Death of the Messiah

This fall, I am taking a graduate school class on the New Testament books of 1 and 2 Corinthians. I am getting to do a significant amount of reading related to those two books, and am really enjoying some of the commentaries which have been picked out for us to read, particularly, the volume on 1 Corinthians by Richard B. Hays.

What follows is the first of what I expect will be many quotations from my reading that I want to share:

“God has chosen to save the world through the cross, through the shameful and powerless death of the crucified Messiah. If that shocking event is the revelation of the deepest truth about the character of God, then our whole way of seeing the world is turned upside down. Everything has to be reevaluated in light of the cross.” 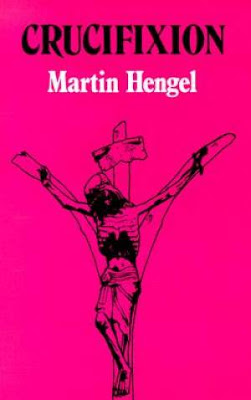 A while back, I read Martin Hengel’s Crucifixion, which is a short little book that gives scholarly treatment to the practice of crucifixion in the ancient world. In some ways, I was a little disappointed—I had hoped for more of a detailed description of what a “historically accurate” crucifixion looked like, and Hengel didn’t really provide that (largely because crucifixion was a widespread practice in the ancient world that differed depending on time, location, and whim). That being said, the book was very interesting, specifically in three respects:

(1) Crucifixion as a deterrent:
In the Roman Empire, crucifixion was rarely used on Roman citizens and was primarily used on criminals of the lowest classes and slaves. This is pretty common knowledge, and Hengel supports it. What is particularly fascinating is the degree to which Hengel argues that the use of crucifixion on slaves was a means of stirring up fear among the enslaved in hopes of preventing any sort of rebellion. In places like Rome, where the slave population outnumbered those who were free, the fear of rebellion was real, and keeping the slaves paralyzed with the fear of crucifixion was seen as necessary.

(2) Crucifixion as taboo:
Hengel also makes the argument that crucifixion was so horrific, so feared, and so reviled, that it was essentially the sort of thing that was not talked or written about. This leads to what may seem like a surprising lack of references to it in ancient sources. This lack of references doesn’t mean that the use of crucifixion wasn’t widespread (it was), but simply that it was so horrible that people avoided writing about it:

“Crucifixion was widespread and frequent, above all in Roman times, but the cultured literary world wanted to have nothing to do with it, and as a rule kept quiet about it.”

(3) Crucifixion (of Jesus) as “folly”:
The overarching claim of Hengel’s book is that the Apostle Paul’s claim in 1 Corinthians 1.18 that the “word of the cross is folly” to unbelievers is a reflection of the repeated reception that Paul would have received as he went about preaching the message of a crucified Christ.

Crucifixion was so hated and despised that, for the ancient world, following and worshipping someone who had been crucified was sheer madness—it was not a message that easily attracted followers. This part of the message has been downplayed somewhat today (largely because we fail to grasp the level of shame and horror associated with crucifixion) but at its core, the message of the gospel is completely shocking:

“…In the death of Jesus of Nazareth God identified himself with the extreme of human wretchedness, which Jesus endured as a representative of us all, in order to bring us to the freedom of the children of God…This radical kenosis of God was the revolutionary new element in the preaching of the gospel. It caused offense, but in this very offense it revealed itself as the centre of the gospel.”

This last point alone makes Crucifixion worth the read, as Hengel seeks to reclaim the scandal of Christianity as central to the message of the Gospel—God loved us so much that Jesus identified with the lowest extreme of humanity in order to reclaim us.